Why You Should Never Skip An Oil change

Skipping an oil change isn’t a big deal, right? What’s the worst that could happen? The answer is a whole bunch of bad things. An oil change is not expensive and takes only a few minutes, so it doesn’t make sense to put it off. Here are a few of the negative effects that your vehicle can suffer after skipping oil changes and why you should practice good oil discipline. 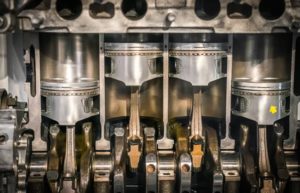 The purpose of oil is to make sure that the internal parts of your engine don’t actually touch each other. Rather than physically contacting each other, they remain separated by a thin film of oil. This prevents rapid and destructive wear caused by metal parts rubbing back and forth several thousand times per minute. If your engine is using dirty or old oil, or if it doesn’t have enough oil, you run the risk of severely damaging your engine. Make sure your oil stays fresh by changing it on schedule.

Does your car seem to take its time when you are trying to merge onto the freeway? What about going up a hill? When oil gets old, it can’t do its job very well. This causes the internal temperatures of your engine to rise, which, in turn, chemically changes the oil into a sludge. Thick and gooey oil does not lubricate very well and will end up robbing your engine of performance. Remembering to do an oil change on time will prevent this from happening. 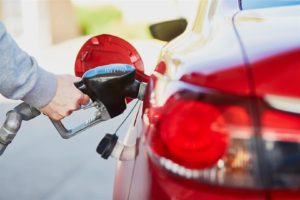 An engine that has lost performance needs to spin faster to make the same horsepower. If your engine is working harder, it makes sense that it’s going to burn more fuel too. You will notice your gas mileage decrease as your oil ages and loses effectiveness. The nice thing is that your fuel economy will go up again once you change your oil.

If your engine is burning more fuel than it should, then it follows that it is also going to make more pollution. And it’s not just from the extra fuel being burnt but also from impurities caught in the oil. These impurities get heated and released in the exhaust stream as the engine operates. They are not just harmful to the environment but also to your car’s delicate engine sensors. If these sensors are affected, they can throw off your car’s tuning and performance even further. Protect your vehicle and the environment by changing your oil. 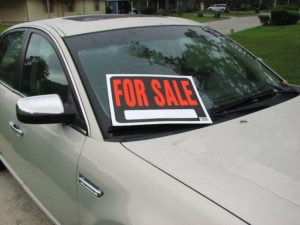 Taking care of your vehicle doesn’t just mean washing and waxing it. If you have been neglecting oil changes, you may have negatively affected the resale value of your vehicle. After all, not many people want to buy a vehicle with a worn-out engine. To get the best price at resale time, change your oil.

If you want to find a pre-owned vehicle that was cared for, come see us at Auto Market of Florida. We have a huge inventory of late-model cars, trucks, and SUVs. All of these vehicles are in fantastic condition, and yes, they have received all of their scheduled oil changes. We’ll be here waiting for you!

Ways To Keep Your Car Cool In Hot Climates

How To Keep Your Car Running Longer

Negotiate For the Best Deal When Buying a Car

Save on Your New Auto with a Pre-Purchase Inspection

Shopping For A Loan

Deciding Whether To Repair Your Old Car Or Replace It